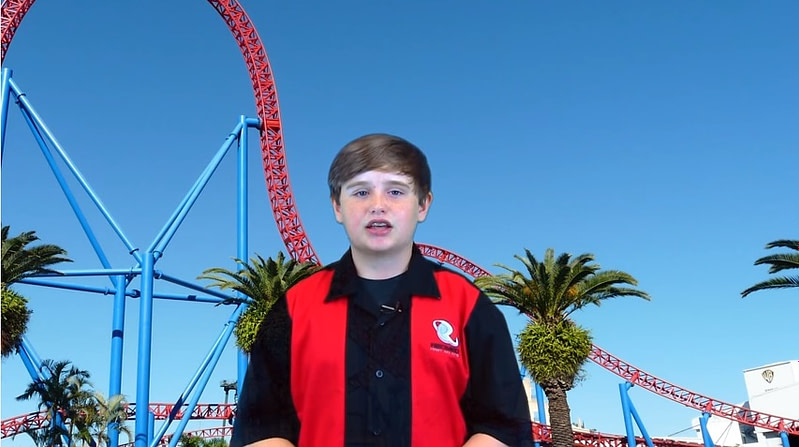 He’s only 14 years old, but Taylor Rosenthal already knows how to file a patent. Not only that, but his patent application for first aid vending machines has been granted this month by the United States Patent and Trademark Office (USPTO).

It gets even better. The Opelika, Alabama, teen received a $30 million offer from a major healthcare corporation for his invention, but he turned it down because he expects to turn his idea into a multimillion-dollar company.

Plus, the 14-year-old was recognized in September 2015 as one of the “20 Teenage Entrepreneurs Set for Success” by the national business magazine, Inc. The magazine wrote, “With his first aid vending machines, Rosenthal hopes to make it easier for families to get access to first aid kits when they need them.”

The high school baseball player came up with the first aid vending machine idea in eighth grade as part of his Young Entrepreneurs Academy class at Opelika Middle School. Now a freshman at Opelika High School, Rosenthal is the founder and CEO of RecMed, a computerized vending machine.

In explaining his invention, Rosenthal says it functions similarly to Redbox machines, except instead of DVDs, it dispenses first aid supplies to treat minor injuries. He plans to install the machines in places where kids can get hurt, such as amusement parks, recreational fields, campgrounds, parks, schools, football stadiums, convention centers, baseball fields, hotels, etc.

Originally, the idea was to have pop-up shops selling first aid kits at sporting events to provide quick access to first aid supplies. But after calculating minimum wage costs and logistics to set up and staff the pop-up shops, Rosenthal said he had to come up with another method for distributing the products.

The teen credits his parents, both of whom work in the medical field, as his inspiration for the vending machine concept.

Round House, an incubator for start-ups in Alabama, served as Rosenthal’s resource as he established the foundation for his RecMed company. With the issuance of the patent, inventors are ready to finance a prototype of the first aid supplies vending machines.

He also learned how to file a patent, submitting an application for a patent when he was 13 years old. The Round House also helped him with his sales pitch, business plan, setting up the RecMed website, and other components needed for getting a business off the ground.

Rosenthal already has a Facebook page for his company and a pitch video on YouTube. He also plans to sell advertising space on the vending machines to generate additional revenue.

The young entrepreneur has already put together a team from Auburn University to produce the prototype. It needs to be ready for March 1, 2016, the date when Six Flags wants to see the prototype. The amusement park has a pending order for 100 units at $5,500 each, according to an interview Rosenthal gave last year.

The student-athlete plans to put any profit he makes toward college tuition at Notre Dame, where he plans to study medicine or business and play baseball. His dream is to play professional baseball.