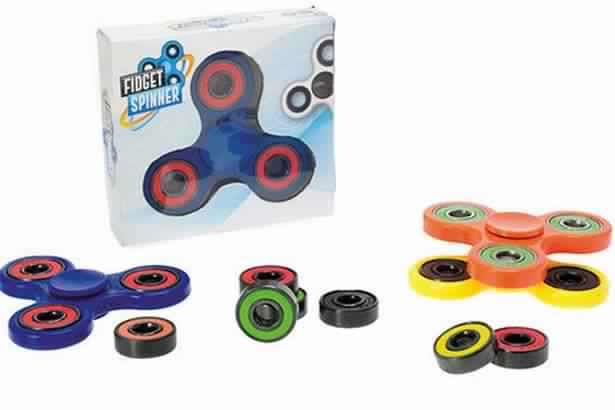 A woman who invented the original fidget spinner – a toy craze that is sweeping the UK – hasn’t made a penny from her design because she couldn’t afford top renew the patent.

Catherine Hettinger had renewed the patent for her idea for eight years, but in 2005 another year’s renewal was set to cost $400 (£310) .

“I just didn’t have the money,” she told The Guardian . “It’s very simple.”

The 62-year-old, based in Florida, is now faced with down-sizing her home, and has had to have her telephone line disconnected.

Amazingly, Catherine isn’t angry that she has missed out on making a potential fortune out of these toys.

She added: “Several people have asked me, ‘aren’t you really mad?’ But for me, I’m just pleased that something I designed is something that people understand and really works for them.”

The fidget spinner craze is currently sweeping through schools across the UK – and the US – with the addictive little gadgets costing just a few pounds each.

The propeller-shaped gadgets are loaded with ball bearings that allow them to spin, and come in a range of shapes and colours.

Some schools across the UK have branded the toys a distraction, but other teachers believe they can help children with additional needs such as ADHD to concentrate better.

Catherine says she came up for the idea one “horrible” summer in the 1990s when she was looking after her daughter, Sara, who is now 30, while also suffering from myasthenia gravis, a rare, long-term condition that causes muscles weakness.

The condition meant that Catherine was unable to play with her daughter and couldn’t lift her heavy toys, so she began to improvise with newspaper and sticky tape until she found a design that her little girl liked.

Catherine says she eventually ‘co-created’ the fidget spinner with her daughter, so they could both take it in turns to spin.

She then upgraded her design and began making prototypes which she was able to sell at local fairs.

Then, in 1997, Catherine decided to fly to Washington with her daughter to buy the patent for her design.

She even had a deal in the pipeline with popular toy company Hasbro , but this fell through after they decided not to put the gadget into production.

After that, Catherine’s project stalled, and eventually disappeared altogether in 2005 when she was unable to afford the renewal price of the patent.

But while she might be down, Catherine is not out, and is launching a Kickstarter appeal which she hopes will help fund her own original spinner design.