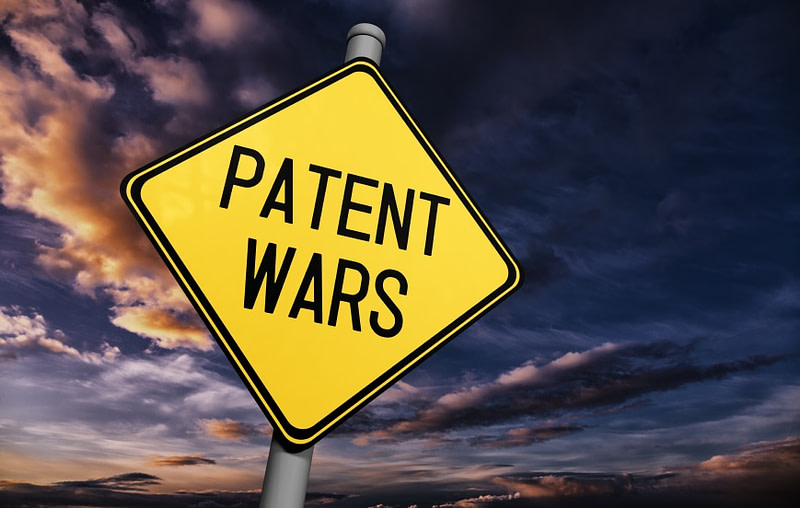 When you’re looking into how to file a patent, one thing you want to stay away from is starting a global patent war. That advice is a little too late for one Canadian entrepreneur who is in the midst of a mega patent dispute over, of all things, hoverboards.

Who knew the hoverboard market was so competitive? Darren Pereira does now. His company, Huuver, filed a patent for a hoverboard under the brand name Uuboard. According to the patent filing, the invention is a hands-free, self-balancing electric board designed to revolutionize urban transportation.

Hoverboards are similar to Segways, except they are smaller and do not have a center pole or handles. Pereira’s invention travels about six miles an hour, with sensors near the feet detecting movement and propelling it. Two gyroscopes detect miniscule shifts in balance, allowing the rider to lean forward, back, right, or left to turn in that direction.

Huuver began selling the hoverboards online and is working on opening a dealership in Toronto, Canada. In doing so, he’s walking into a patent war over self-balancing personal vehicles.

The dispute started only last week when a New Hampshire company, which introduced a self-balancing personal vehicle in 2001, filed a patent infringement lawsuit against Inventist, Inc. The legal action claims the company infringed on its LeanStar technology, which it launched on its second-generation personal vehicles in 2006.

The lawsuit was filed in Delaware by Ninebot, a China-based subsidiary of the New Hampshire company.

Inventist, based in Washington, sells personal transportation devices under the brand names Hovertrax and Solowheel. The company was granted patents for a “two-wheel, self-balancing vehicle with independently movable foot placement sections.”

It turned around and filed a patent lawsuit against Ninebot and Soibatian Corporation, claiming its IO Hawk is a copycat of its invention.

Adding fuel to the war, billionaire Mark Cuban, owner of the Dallas Mavericks, has partnered with Inventist in the legal battle against Ninebot and Soibatian.

So, it seems Pereira’s Uuboard isn’t all that unique, judging by the current legal battles over personal transportation vehicles. And when reviewing the requirements for how to file a patent, the United States Patent and Trademark Office specifies that a product idea must meet two conditions, “novelty and non-obviousness,” to make it patentable.

But Pereira says the hoverboard patent wars won’t stop him from realizing his business dream of enhancing public transportation opportunities. He points out that while different models of hoverboards may look the same and have similar features, they are not identical.

Pereira says some models are not as durable, move slower, or are sluggish. Operational hours after a charge vary, as do the units’ weights and weight requirements for the rider.

One differing factor is price. Hoverboards made in China range from $200 to $600, while the IO Hawk retails for $1,800. The brand has won the fancy of several celebrities, including Justin Bieber, Kendall Jenner, and Jamie Foxx. Pereira’s Uuboard is $949 and includes a one-year warranty.

The personal transportation units are made to use on sidewalks and bike lanes, but they are also popping up in shopping malls.

Pereira says he’s prepared to fight if any existing company comes after him with a patent lawsuit.