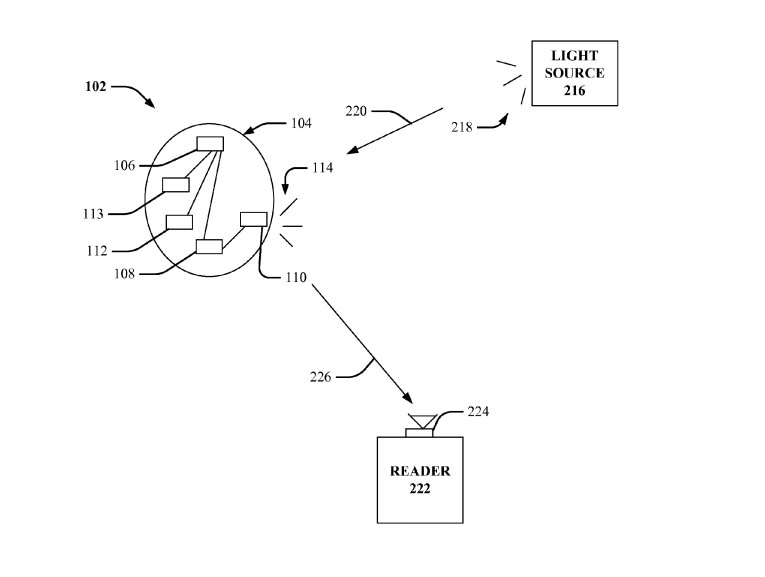 Okay, so there’s smart TV, smart cars, smart watches, smart appliances, and pretty soon, there could be smart contact lenses. A US patent search finds that the United States Patent and Trademark Office (USPTO) granted Google a patent this month for a solar powered contact lens.

Optical communication is a form of telecommunications that employs light as a transmission medium. In essence, the contact lens would capture light through photodetector sensors and solar cells affixed to it. The power generated could be applied to a variety of uses.

As inventors Nathan Pletcher and Brian Otis explain, the contact lens would include a substrate that forms at least a portion of the body of the lens. Attached to this substrate would be a circuit containing sensors, a transmitter, a photodetector, an optical communication device and a processor. The photodetector will harvest light from the sun to generate power for the optical communication device, sensors, and other components.

The inventors outline the process in five steps:

With this technology, Google envisions numerous configurations and uses. For instance, the contact lenses could collect biological data about the person wearing them. This data could include information about the wearer’s environment, thereby sensing allergens, such as pet dander, mold or mildew, tree or grass pollen, and dust mite excretions.

In addition, the contact lens could measure glucose levels found in tears by using a small glucose sensor and wireless chip, and can be equipped to measure lactate or urea levels, blood alcohol content, or internal body temperature.

Regarding privacy concerns with the data collected, the inventors said wearers would have the option to opt-in or opt-out of having any personal, sensitive, proprietary, location, or demographic information gathered.

Google also hinted that the lens technology can be used to perform an authentication request by verifying the wearer’s identity through retinal analysis.

In a work environment, the contact lens could be used not as vision aids, but to read information in bar codes for inventory or merchandising purposes.

Currently, contact lenses do not include an energy source due to space limitations on the lens. Google’s invention would require a redesign to accommodate the various components on the body of the contact lens.

According to the US patent search, Google filed for the patent back in July 2012 and announced the smart contact lens project in 2014. The tech giant did not release a projected date for rolling out its smart contact lenses.