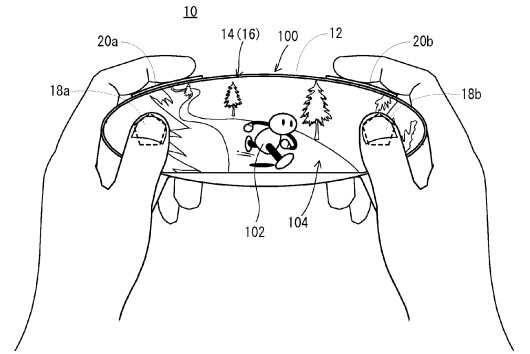 After much speculation, the secret is out. Nintendo is, indeed, working on a new video game console and possibly a new controller to go with it. The United States Patent and Trademark Office (USPTO) published two patent filings from Nintendo inventors this month, one on December 3, 2015, for gaming system features and one on December 10, 2015, for a new gaming controller.

Nintendo says it plans to release details about its new gaming system – code name Nintendo NX – in 2016, but the patent submissions may provide some indications of what’s to come.

The patent application for the console, published by the USPTO on August 20, 2015, describes a system with an internal hard disk drive for storing a program, a communication unit for receiving and transmitting a program via a network, and a processor for executing a program.

Visibly missing is an optical disk drive for reading out a program or game disc. However, Nintendo has announced that its next gaming console would be a “dedicated game platform with a brand new concept.” The patent indicates the use of wireless communications for reading game programs.

According to Masahiro Kondo and Tomotsugu Nagaoka, the inventors of the “Stationary Game Apparatus, Game Apparatus, Game System, Recording Medium and Speed Control Method,” the system has two storage capabilities. One is a non-volatile memory that stores the first program when executed and the second is a hard disk drive that stores a second program that is executed after the start of the first program.

A speed control unit in the apparatus switches between reading and writing data to the hard disk drive to one of two modes, each with different speeds.

The second patent hints at another feature of the console and introduces a brand new concept. The invention would speed up the function of a video game or simulation program by detecting and isolating anomalous execution.

Inventor Steve Rabin describes a system that would connect with multiple supplemental devices, such as a cloud network, to achieve enhanced performance and increased speed.

According to the filing, the software profiling system includes at least one processing system configured to monitor a running program and detect anomalies in its function. Examples of anomalies include a bad frame, a burst, a flutter, or a swell.

A graphic display would show spikes or repetitive patterns that represent function anomalies in the program’s execution. This data would be recorded and analyzed directly from the running program.

The patent application for the controller describes a unique device that will revolutionize the gaming experience. The unit is oblong and designed with a full touch screen that can adapt to either touch-based controls or motion.

The design also features a built-in display panel that shows the same image of that being shown on the main monitor.

The free-form display technology in the gaming controller allows for a touch panel with button mapping that adapts to either left-hand or right-hand usage. Two clickable thumbsticks are located on the left and right ends of the display panel and there are also two shoulder buttons. Other buttons appear on the display screen as you need them.

The controller also includes a card slot and handle grips.

Although Nintendo has filed the patents for a gaming system and controller, there is no guarantee the end product will look or perform exactly as described in the patent applications. What is known for sure is that a new gaming system will be revealed sometime in 2016.