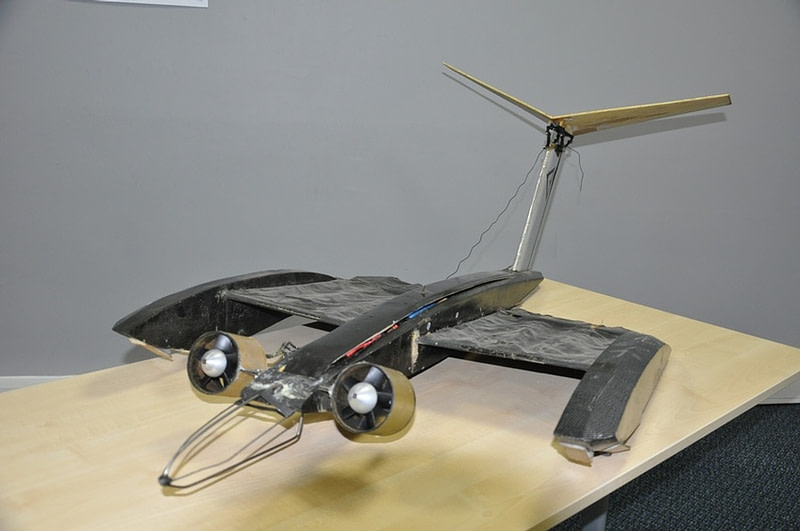 When chasing insects for their dinner, bats can perform aerial acrobatics that would shame even the steeliest test pilots. Inspired by the wings that allow bats to pull off such impressive maneuvers, a team of engineers designed new kinds of wing surfaces for drones.

At the University of Southampton in the United Kingdom, a group led by engineering professor Bharathram Ganapathisubramani designed a flexible, membrane wing for small drones, otherwise known as micro air vehicles (MAVs).

MAVs are used for a variety of purposes, including reconnaissance and scientific work. The new membrane wings change shape in response to local conditions in the environment, allowing for more efficient flight. “If you compare a flexible wing to [a] rigid wing, you get far better efficiency,” Ganapathisubramani told Live Science.

The team tested its MAV — one that measured about 18 inches (46 centimeters) across — over water near a local beach. The MAV was designed to skim above the surface and land safely, like a seaplane. The membrane is stretched between struts where a stiff wing would ordinarily be, the engineers said. “It just uses a passive membrane that changes shape on its own based on the wind,” Ganapathisubramani said.

The early tests were a good start, but Ganapathisubramani wants to take it a step further, he said. Bat wings are membranes stretched between finger bones. The bats’ membranes are covered in a network of blood vessels and have muscle, so they can change stiffness and shape depending on what the bat wants to do. The reason bats can change direction so fast and do loops and dives is because they can change their wing shapes, and thus their aerodynamic capabilities, in real time, Ganapathisubramani said.

To get this shape-changing effect, the researchers used a polymer that expands and contracts when a voltage is applied to it. Such polymers have been studied for several years, and can function as a kind of artificial muscle. Because the amount of contraction depends on the voltage only, the currents can be small, the researchers said. Ganapathisubramani’s team has tested designs in a wind tunnel and will be experimenting with the drones over the next few years.

“The idea is, in the future, [we could] put it on the drone and run a voltage through the wing,” Ganapathisubramani said. The voltage makes the molecules of the polymer squeeze together, and the material has to expand in another direction, similar to what happens when you squeeze a sponge, he added.

While membranous wings wouldn’t be practical on a commercial aircraft, it might be possible to make some of a plane’s control surfaces flexible, the researchers said. For example, the ailerons (the hinged sections that form part of the trailing edge of a wing) and the rudder could be made with this kind of polymer on the edges. This could make the aircraft’s controls more precise, the scientists said. And enabling a plane to change its wing configuration depending on the weather could translate into fuel savings, along with smoother rides, the researchers added.

For now, though, Ganapathisubramani said, he and his colleagues want to use this technology on drones, and they have done computer modeling to decide exactly how to build the wing surfaces.